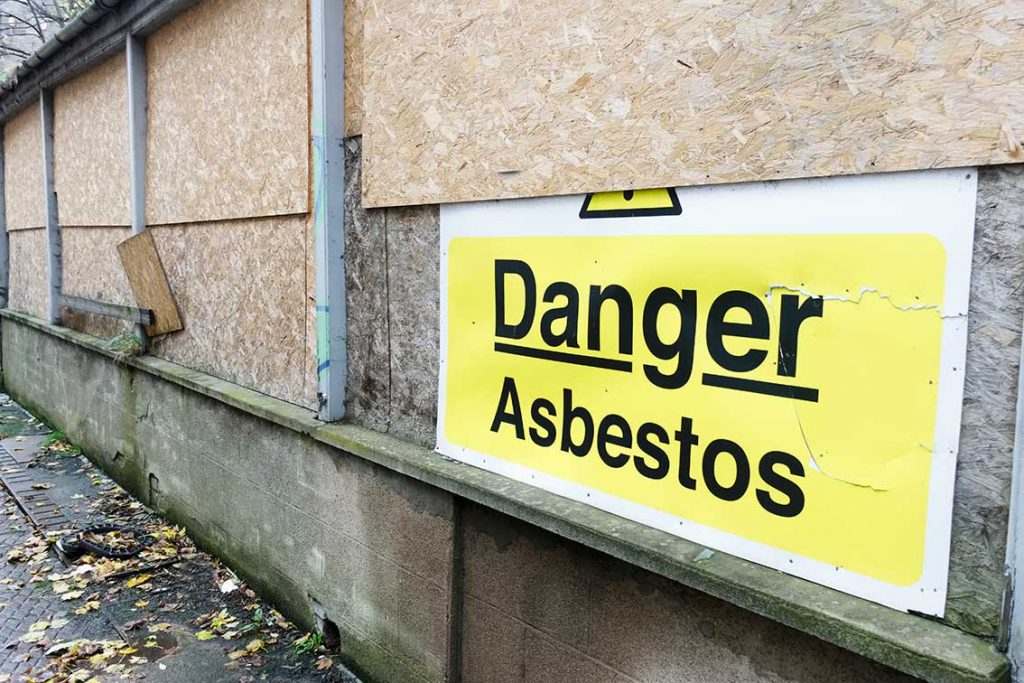 Asbestos, composed of calcium and magnesium silicate, is an excellent insulator, which has made it very popular in the building industry. However, as the product was recognised as being toxic, it was banned in France in 1997. Since then, asbestos removal sites, although numerous, have not yet completed the removal of the buildings concerned.

Why was asbestos so popular

Asbestos exists in its natural state in France, particularly in Haute Corse. It is an ideal material for construction. It produces high-performance thermal and sound insulation and is refractory, which means that it can withstand extremely high temperatures. That is why asbestos was also used in the manufacture of firefighters’ suits.

This is why asbestos was nicknamed “white gold” before its carcinogenic properties were discovered.

Asbestos detection and the systems put in place

Given the proliferation of asbestos in the construction until the late 1990s, companies working in demolition and renovation must take the utmost precautions before starting a construction site.

If asbestos is detected, a process of complex standards and certifications is set in motion.

The asbestos removal site involves confinement of the area. Depending on the size and configuration, various solutions are considered. The protocol necessarily involves isolating the site and equipping the workers working there with specific outfits.

To insulate the area, the openings in the building are first caulked, using duct tape, expanding foam and plastic film. It is then protected by heat-shrinkable film which makes it possible to form partitions. The film is first fixed, then heated, which has the effect of retracting and hardening it, so as to create a sealed cocoon.

Workers who shape the heat-shrink film partitions use gas heat guns. These tools are light and easy to handle, which makes it possible to work on very large-scale construction sites. When an entire building must be the subject of asbestos removal work, it is necessary to create a general envelope, with sub-parts which quickly represent very large film surfaces.

Ventilation systems are planned, in order to let in fresh, healthy air, and to evacuate the polluted air after having filtered it so as not to release asbestos fibers into the environment. Doors are also fitted in the heat-shrinkable film partitions to facilitate the movement of technicians working on asbestos removal.

All personnel admitted to the site are equipped with full body suits that make them look like astronauts.

Rubble removal is carried out by an authorised company. It must comply with very strict traceability rules. Moreover, the asbestos removal project cannot begin before having determined a place dedicated to waste. An approved sorting centre must produce a prior acceptance, known as a “waste outlet”, which allows the work to begin.

The rubble is evacuated in specific bags, hermetically sealed and traceable, thanks to the Asbestos Waste Tracking Form (BSDA) allocated to them. Then they’re buried.

The waste can also be destroyed by inerting, i.e. exposed to a temperature of up to 1,600°.

The procedures follow strict rules and, before the containment can be lifted, various official bodies intervene to confirm that the site is decontaminated. These are Qualibat, Global Certification and AFNOR. The common frame of reference is NF X46 010. A committee then decides whether or not to grant the certification essential for the continuation of the demolition or renovation site. 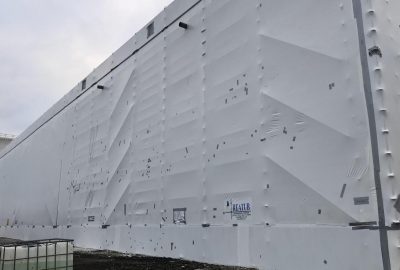 Ventilation of worksites under containment 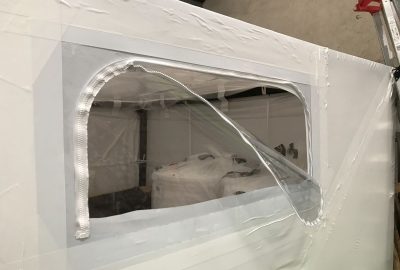