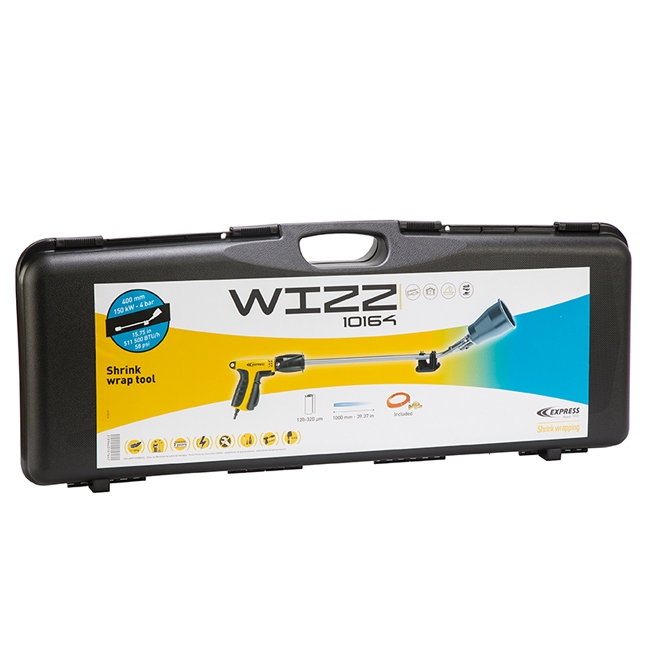 Flame treatment is a method of treating the surface of a material, making it possible in particular to paint specific surfaces, such as vehicles. It involves using a burner that produces a suitable flame that allows better adhesion of the coating that is applied.

How does flame treatment work?

The burner used for flame treatment produces a gas flame with excess oxygen which is directed onto the material to be treated for a short time. This treatment causes the molecular connection to break down and allows the active ions present in the flame to be bound to the surface.

The surface – which is originally nonpolar – then becomes polar, which improves the wettability of the support. It is this specificity that ensures better adhesion of the coating: paint, glue, ink, varnish, etc. During this process, it is not the thermal influence of the flame that is sought, but its chemical action.

The choice of burner is crucial to be able to precisely adjust the proportions of the air/gas mixture, in order to generate an optimal excess of oxygen.

The characteristics of the flame

The objective is to produce a very different flame from that of a blowtorch which is too hot and too concentrated. A specific torch type burner with a round or triangular shape that uses propane or butane should be used.

The flame produced by this burner is the result of the mixture of the air and the fuel used. Its central cone – called primary – should be light blue, while its outer cone – called secondary – is a duller blue. The central part is the hottest, reaching a temperature of 1,800°C.

What are the uses of flame treatments

Flame treatment can be adapted to many functions ranging from very small objects, such as a perfume bottle, to large areas in the building industry or in car bodywork.

The most well-known use of flame treatment concerns the painting of cars and vehicles of all kinds. It is also used for all automotive parts. It is applied to plastic surfaces in bodywork, especially to materials on which the paint has difficulty adhering. The chemical action of flame treatment allows plastic parts of vehicles to split open and release certain solvents.

Flame treatment is also common in the field of glass and ceramic painting. The surface is prepared before receiving any paint or other coating. Its adhesion is then perfect and ready to receive a first coat with a primer or varnish, before applying the top coat.

Manufacturers of bottles and flasks, for example in the perfume industry, use flame treatment to decorate their products.

The implementation of flame treatment

Flame treatment requires the adjustment of several parameters depending on the parts to be treated: distance from the sample to the base of the flame, number of passes, speed of the sample under the flame, nature of the gas (air/propane or air/methane), as well as the temperature setting.

As the principle is to break the molecular chains and add polar functional groups, the surface must be treated quickly. The burner must be adapted to the surface to be treated, in order to obtain a uniform action. The passage is fast and each part stays in contact with the flame for less than a second.

The effectiveness of flame treatment lasts between half an hour and an hour, which means working quickly to complete the process in time.

Shrink wrapping, the packaging technique you need
Next
Our types of nozzles for torches and heat guns 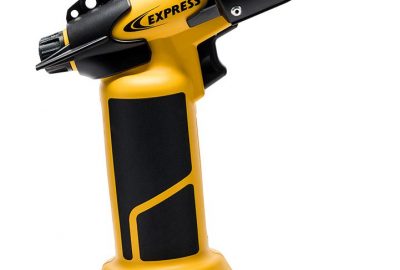 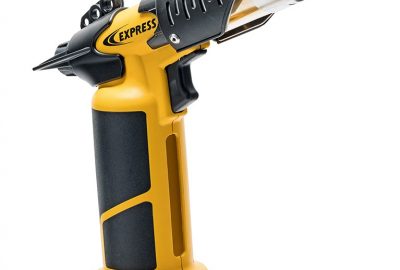 The many uses of the hot air gun (part 1) 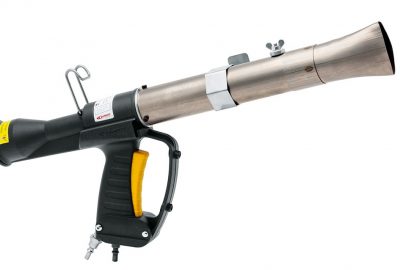 Which hot air gun to use depending on the need 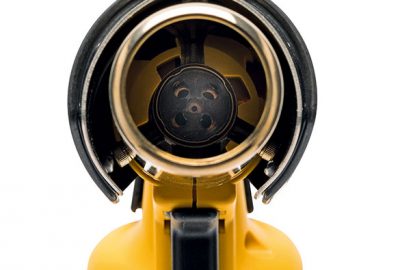 How to use a hot air gun 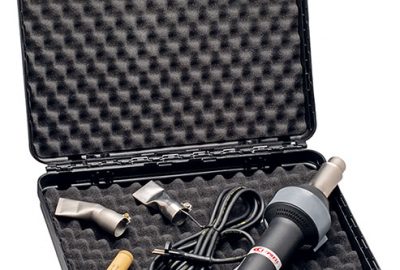 Our types of nozzles for torches and heat guns