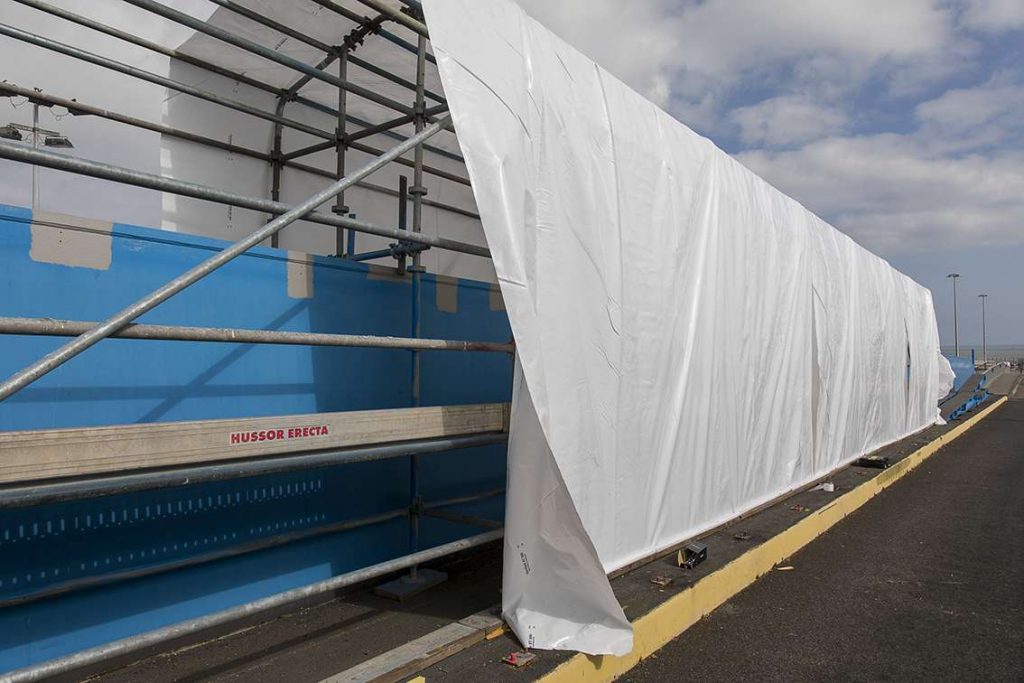 Protection and containment with thermoforming

Thermoform sheeting is used to seal a building, a boat or a particular construction site and to insulate it from the outside. A space must be hermetically sealed for two distinct reasons: It must either be isolated from the elements or it must be sealed to prevent the escape of harmful substances. 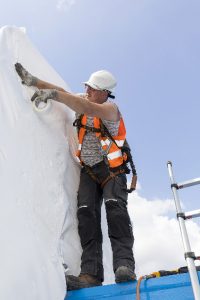 The aim here is to contain leaks of toxic substrates that could spread into the soil or the atmosphere, such as asbestos or hydrocarbons in the event of a leak. Their clean-up is facilitated by the possibility of working in a closed environment. Thermoform sheeting is also used in the nuclear industry, which requires a perfect seal for certain areas of the construction site.

Another example where thermoform sheets are useful, is to shield you work area when you need to keep a stable environment such when as sandblasting or for painting. You can then work with peace of mind.

Thermoform sheets are used for buildings, boats and any assembly that needs to be protected, such as the tubular structure of a scaffolding affixed to a building. The principle consists of using heat-shrinkable film which, when subjected to heat, will weld the individual sheets together, at the same time as stretching them to form a solid wall. Shrinkage naturally causes the cover that to form to the shape of the structure it is protecting.

Shipyards are key users of heat shrink films and sleeves. Gigantic ships that have to undergo renovation work now are placed in dry docks with temporary structures built around them. These shelters consist of impressive scaffolding structures or hoops made of PE or PVC pipes for smaller boats. This structure is then covered with a heat-shrinkable sleeve.

The first job is to cover the building with heat-shrink film and temporarily fix it with a specific range of accessories. Once the job site is wrapped, the film is heated using a shrink gun. The effect of heat on the film allows the different strips to be welded together, at the same time as they shrink to fit the structure’s shape.

The wall that forms is solid and creates a perfectly sealed environment. The construction site is said to be “out of water, out of air, out of dust”.

Other applications of thermoformed sheets 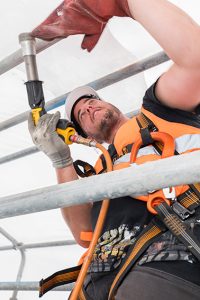 The use of thermoformed sheets has been widely developed and adapted according to the different application. Structural work sites have adopted it when it is a question of isolating a site from its environment. Bridge renovation is a good example. A bridge by definition spans a river and it is crucial not to pollute it while working above. This would lead to pollution of the watercourse as a whole, but also of the entire environment, by capillary action.

Finally, thermoform sheeting allows dust to be kept out when working indoors. The advantage is obvious, especially for areas open to the public which can continue their activity despite construction work going on in their area, without any danger to the public.

Outside of large construction sites, heat shrink film is suitable for machines and machine tools of all sizes. It is now available to individuals for the protection of their boats during the winter period.

The heat shrink film is made up of a PEND base to which a mixture is added to give the material its mechanical resistance and elasticity. The film can also contain antioxidants for UV resistance or additives for fire resistance.

The reference value for “Thermo” film is its thickness expressed in microns (µ). The thicker it is, the stronger it is. 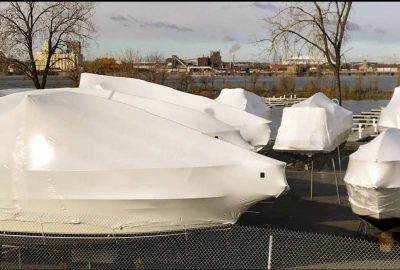 Damage caused by moisture during wintering 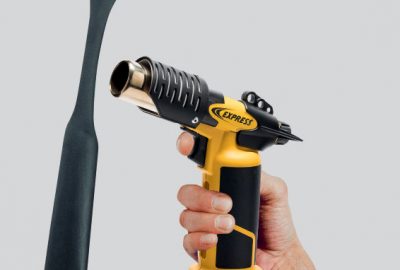 How to heat heat-shrink tubing